ChatGPT - what do you know about honey bees?

Here is my experience with asking ChatGPT about honey bees. 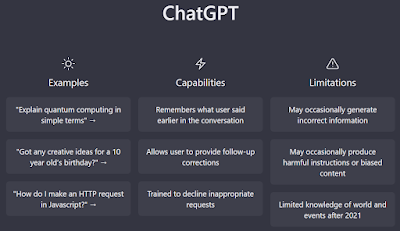 The Beekeeping Today Podcast discussion of "Winter Bees, Summer Bees and Imidacloprid" led me to dig into that journal article topic. The assumptions in the article are: 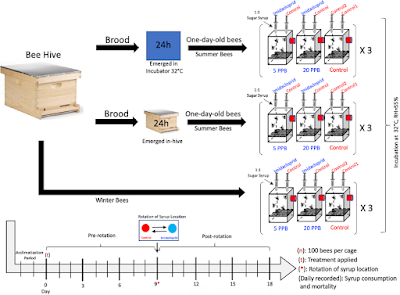 The Two Bees in a Podcast discussion of "Finding Pesticide Residue in Nectar and Pollen" led me to dig into that journal article topic.

Honey Bee (Apis mellifera) Exposure to Pesticide Residues in Nectar and Pollen in Urban and Suburban Environments from Four Regions of the United States concludes:

As the RQ equation shows, a tiny "acute oral LD50" can create a large Risk Quotient for any sample containing a small "residue in nectar".  For this reason, the table below is sorted in LD50 order with Imidacloprid appearing in the first row. 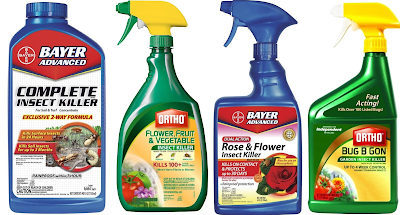 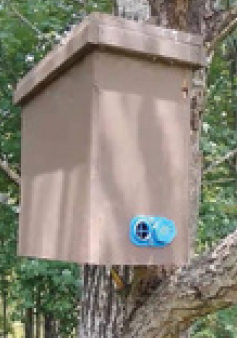 MABA's August speaker, Sam Comfort, shared novel beekeeping and queen rearing practices with the club.   I was spellbound by Sam's life story and accomplishments including:

In the absence of a queen, 1) open brood pheromone (versus capped brood) helps retain worker bees in both queen rearing methods (split or grafting) and 2) that new comb is desirable in the Run-Away Split method. 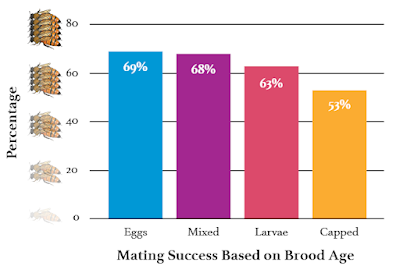 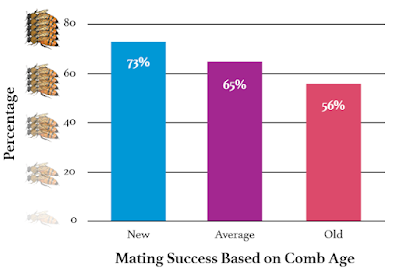 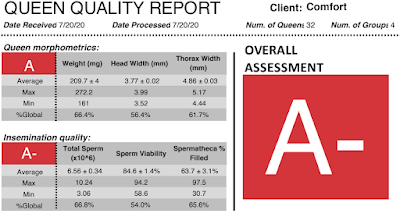 A.I. Art responds to my words 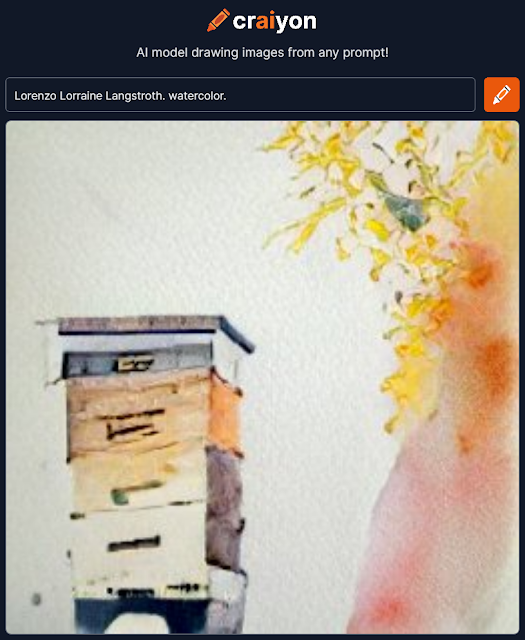 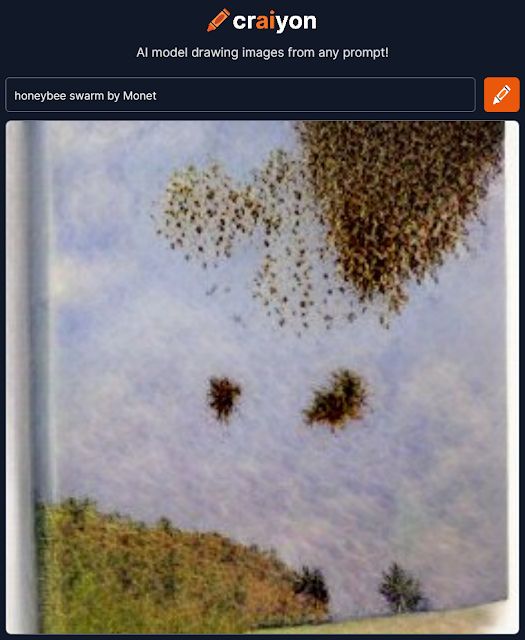 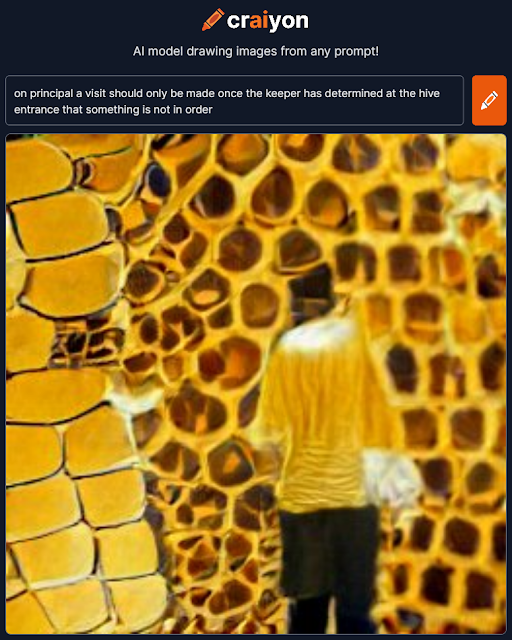 Often funny or disappointing, yet occasionally worth sharing - artificial intelligence (AI) responded to my words and painted a picture.  I discovered the AI software from a recent New York Times article and  jumped-in with a sentence from a beekeeping book, "At the Hive Entrance" by H. Storch (page 5).

In hindsight, perhaps I should have read the wiki page or visited twitter to understand successful use of the software. Both a time wasting exercise or a discovery of something unexpected - here are some of the software limitations: 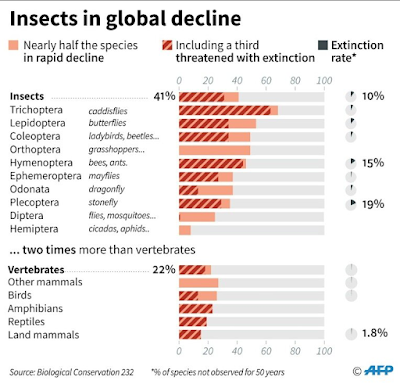 Where have all the insects gone and what's next for birds, fish, or mammals that depend on these insects as food.  I started to read The Insect Crisis by Oliver Milman (2022) which opened with a dystopian Sci-Fi future without insects.  I quickly gave up in frustration and jumped to the book's references.   A lengthy science book that does not include one photo, table, or graph is not my scene.   Instead, I recommend reading The Insect Apocalypse Is Here - a 2018 New York Times article.

The causes of the declines in insect populations are not fully understood. They are likely to vary between different insect groups and geographical regions.[19] The factors suspected to be important are habitat destruction caused by intensive farming and urbanisation,[20][21][3] pesticide use,[22] introduced species,[23][3] climate change,[3] eutrophication from fertilizers, pollution,[24] and artificial lighting.[25][26][27]

The use of increased quantities of insecticides and herbicides on crops have affected not only non-target insect species, but also the plants on which they feed. Climate change and the introduction of exotic species that compete with the indigenous ones put the native species under stress, and as a result they are more likely to succumb to pathogens and parasites.[16] Plants grow faster in presence of increased CO2 but the resulting plant biomass contains fewer nutrients.[28] While some species such as flies and cockroaches might increase as a result,[3] the total biomass of insects is estimated to be decreasing by between about 0.9 to 2.5% per year.

I'm not skeptical of the fabulous citizen science work in Germany, Denmark, the Netherlands, or the UK.  We don't know what we don't know (yet).

A few more links to acknowledge the attached photos:

AS SEEN ON TV

Let the bees be bees